Dan Stevens was born at Croydon, London, England on 10th October 1982 as Daniel Jonathan Stevens in famously known for his role as Matthew Crawley in the ITV period drama series Downton Abbey and is currently featuring in FX series Legion. Dan Stevens net worth is estimated at $13,000,000 USD.

Stevens while at Emmanuel College, Cambridge studying English Literature was spotted by director Peter Hall at a Marlowe Society production of Macbeth. Dan Stevens began his professional career with Hall in his Shakespeare’s As You Like It production in Rose Theatre in Kingston upon Thames, the Brooklyn Academy of Music in New York City, the Curran Theatre in San Francisco, and the Ahmanson Theatre in Los Angeles.

Which was acclaimed by critics from United Kingdom and United States. BBC adaptation of Alan Hollinghurst’s Booker Prize-winning novel The Line of Beauty was his first big project along-with Hay Fever by Noël Coward at London’s Haymarket Theatre, alongside Peter Bowles and Dame Judi Dench. He started his tv series career with adaptation of Dracula for the BBC, and as Basil Brookes in the BBC Emmy-award-winning film, Maxwell.

Later he was named Screen International’s 2006 Stars Of Tomorrow. In 2008 he was part of BBC adaptation of Jane Austen’s novel, Sense & Sensibility and West End revival of Noël Coward’s The Vortex.

But his careers biggest breakthrough was in 2010 when he was casted as Matthew Crawley in the ITV series Downton Abbey which was written by Oscar-winning screenwriter Julian Fellowes.

When he announced in 2012 that he is going to leave the show there was a huge uproar from fans. After which he started his Broadway debut opposite Jessica Chastain and David Strathairn in The Heiress. His portrayal of army veteran on killing spree in independent film The Guest which earned him a Saturn Award for Best Actor nomination.

Later he was part of Sir Lancelot in the 2014 comedy film Night at the Museum: Secret of the Tomb,  comedy-drama film The Cobbler and dark action film A Walk Among the Tombstones. His latest project with Emma Watson in Disney’s Beauty and the Beast, released in 2017 was a huge hit worldwide. FX series Legion, an X-Men-related drama created by Noah Hawley in which he portrays David Charles Haller is being aired since February 2017.

Dan Stevens wife, South African jazz singer and singing teacher Susie Hariet who he met in while working in theater in Sheffield. They have a daughter, Willow (born 2009) and a son Aubrey (born 2012) together. Actress Rebecca Hall is godmother to his daughter Willow. 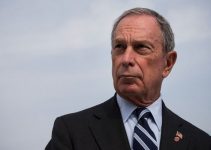