Paxton’s first major role was in the teen film Sleepover, which opened in 2004 to negative reviews and low box office revenue during the same summer season, she appeared in several episodes of the series, Summerland playing Sarah Borden, a mentally troubled teen who experimented with drugs and sex with Jesse McCartney’s character.

Paxton was subsequently cast in the lead role of the Discovery Kids television series, Darcy’s Wild Life playing Darcy Fields, a girl who works at a rural veterinary, often featuring Paxton’s music track, “Take a Walk”. Paxton received an Emmy nomination for the role in 2006.

Sara Paxton Net Worth, In 2005, Paxton spent three months working on the Florida-themed Aquamarine, in which she played a mermaid, opposite Emma Roberts and JoJo, whom she befriended while filming.Reviewers of the film compared Paxton, whose inspiration is Goldie Hawn, to actress Reese Witherspoon, saying that she has an “infectious, nutty energy.

“Paxton recorded a song for the film’s soundtrack titled “Connected”, an English version of the Mexican group RBD’s song Tenerte y Quererte from their album Rebelde. Paxton hosted The Secret Life of Water, the first episode of the series Planet H2O, which premiered in 2006 on public television stations.

Sara Paxton Net Worth, The same year, she made an appearance on the television series Pepper Dennis, playing a teen actress. Paxton, who sees herself as an evolving actress, then appeared in Return to Halloweentown, replacing Kimberly J. Brown in the fourth installment in Disney Channel’s Halloweentown series.

Paxton filmed The Party Never Stops: Diary of a Binge Drinker, a Lifetime Television film, in Vancouver Island. In the film, she plays Jessie, a college student who falls victim to binge drinking. Paxton has described it as “very different” from her previous roles, and has specified that she was looking for a role that would be a “challenge”.

Paxton’s next film role was in Sydney White, a college-set comedy starring Amanda Bynes and Matt Long.She next starred in Superhero Movie, a parody on superhero films. Paxton starred in the remake of The Last House on the Left, playing the lead female character, Mari.

Her next film may be Gravy, a horror-comedy with Jena Malone and Winona Ryder. Paxton starred in the CW drama series The Beautiful Life alongside Corbin Bleu, Mischa Barton and Elle Macpherson. Paxton next co-starred with Scott Eastwood in the thriller Enter Nowhere and also played one of the lead roles in the Ti West film The Innkeepers.

Paxton also starred in the 2011 movie Shark Night. She then played Mirabella on the ABC Family movie Lovestruck: The Musical in 2013. In 2016, it was announced that Paxton had joined the cast of David Lynch’s 2017 Twin Peaks revival. 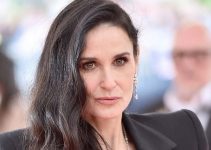