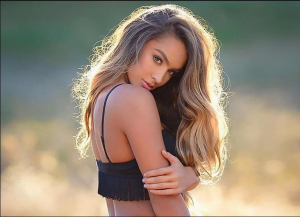 Sommer Ray is an American bikini athlete, model and social-media personality from Colorado. Ray has won several bodybuilding and fitness competitions and has amassed a massive online fan following. She is highly active on social media, where she regularly posts content related to fitness and bodybuilding. As of 2019, Sommer Ray net worth is roughly $8 million dollars.

Sommer Ray was born on the 15th of September in Colorado. She embarked on her fitness journey when she was 15 years old. Ray’s father coached her on everything about bodybuilding, fitness, and workouts.

She began with weight-lifting sessions in her gym. It took only one year for her to acquire the body to be a bikini athlete. Later, she won two trophies at the 2015 ‘NPC Colorado State Championship,’ in the categories ‘Bikini Class D’ and ‘Bikini Teen’. The same year, she bagged the 16th spot at the ‘NPC USA Championship.’

Sommer began her social media career by posting photos and videos on Instagram. Her stunning photos took over the internet, and she became an internet sensation. After achieving 15 million ‘Instagram’ followers, Sommer celebrated by posting a “twerk” video.

In 2016, Ray was named the ‘Lovely Lady of the Day’ by Sports Illustrated. She shifted her focus and decided to become a bikini model. her diet and workout routine were completely altered. Ray was required to cut her intake of calories, and her workout routine was more focused on her lower body.

After many months of hard workout, she successfully sculpted her perfect bikini body. She was approached by several swimwear-manufacturing companies to model for their campaigns.

Sommer was roped in as a bikini model by ‘Myokore,’ which manufactures bungee accessories. She also owns a ‘YouTube’ channel, which hosts content related to fitness and workouts.

The channel has earned over a million subscribers. Sommer is also a member of ‘Clout Gang,’ a group of popular “YouTubers.” She has also appeared in the ‘MTV’ sketch comedy series ‘Wild ‘N Out.’ She also owns a merchandise line that she trades on her personal shopping site.

Ray was first seen by many on Tai Lopez’s platform, hanging out in his mansion and going to parties in one of Lopez’s many amazing rides.

Here are some of the best highlights of Sommer Ray’s career:

“People always comment that I have “daddy issues” but my dad was my trainer when I was onstage in front of thousands of people in a bikini. Actually, my mom and dad are my biggest supporters.” – Sommer Ray

“I want girls to know that I’m for them. I want to show them my personality and show them that I’m not just a dumb bimbo. Because that’s what you think. You see a girl on Instagram, showing her body, and it’s just substanceless.” – Sommer Ray

“I worked hard for my body. I’ve sculpted it. I’m not going to just keep it in the garage. If you have a Ferrari you’re going to drive it.” – Sommer Ray

Now that you know all about Sommer Ray’s net worth, and how she achieved success; Let’s take a look at some of the workout lessons we can learn from her:

1. Training Gives Us an Outlet for Suppressed Energies

Sometimes you can feel so stressed because of all of the things on your to-do list that you can barely roll out of bed to do them. The overwhelm is just too much, right.

It might not seem like it now, but once you get started, you’ll notice that you’re more energized, your mind is clearer, and you’re feeling sunnier thanks to the burst of endorphins.

2. Your Body Can Stand Almost Anything

Developing a habit can be hard. While the logical side of your mind knows you should stick to a workout regimen to see results, the emotional side convinces you that skipping one more day won’t hurt anything.

If you feel this tug-of-war often, it may not be an issue of motivation or laziness at all. It may just be the way your brain has been wired over the years.

It’s time to develop a positive relationship with your workouts and being healthy.

Once you do this, you’ll realize that by doing things that put this positive relationship in jeopardy (like cheating often on your diet or skipping workouts), you only hurt yourself. Instead of cheating on your relationship with your workout program, try looking for ways to make it more do-able.

Sommer Ray is best known for being an amazing bikini athlete and a media personality. Ray is a perfect example of girl power, and she really showgirls and women that everything is possible.

As of 2019, Sommer Ray net worth is estimated to be roughly $8 million dollars. 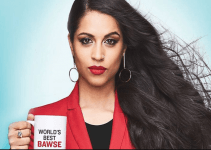